"One of metal’s truly pioneering bands"

ANOTHER HIGH - OUT NOW

ANOTHER HIGH - OUT NOW

Cypher16 are a young, innovative and refreshingly original rock band who harness metal and a hint of industrial to create a truly massive sound. The band have toured in seventeen countries including multiple tours of China and India, playing shows and festivals with the likes of Amaranthe, Fear Factory, Children Of Bodom, Behemoth, Lamb Of God and Slayer, and have released one album and three EPs, garnering significant radio, press and hundreds of thousands of streams / views worldwide.

The band are excited to announce the completion of their second album, which was finished at Abbey Road Studios in London in December 2019. Three brand new singles are out now, with the new album to come.

IT'S A LONG WAY BACK

The third single and album title-track; 'It's A Long Way Back (From This Road)', released Friday 18th September 2020.

It's A Long Way Back (From This Road) is about realising that the choices we make in life have actual consequences, often profound and far reaching, and which can completely change the lives of others as well as our own. It also explores the idea of whether, once you're so far into something, it is even possible to ever get back from it. Do we even want to fully expel the negative and destructive things in our lives? Are some of us addicted to the chaos it causes?

During the current uncertain climate, the song has also taken on an unexpected relevance. Where will we find ourselves when the Coronavirus is finally under control? How will the world have changed, and will there be any going back to how things were before?

PUSH THROUGH THE WATER

“Push Through The Water“ is about continually pushing back against what life throws at you. If you give up and start to sink, you can drown. If, however you keep moving and pushing back against the wave, you'll find that it is actually possible to move through to the other side. Just keep your head above water, and keep going!

The lyrical theme of “Push Through The Water” has also taken on an unplanned relevance in the current climate, providing a message of hope during this trying time.

“The music is for everyone suffering, and we hope that it will send a message to people, letting them know that they aren't alone, and that whatever their demons are, there's a way to push through to the other side. I hope it resonates with people, especially with the current situation that we're all going through together!”

The debut single from Cypher16's forthcoming album 'It's A Long Way Back (From This Road)', released April 11th 2020.

Last September, (whilst on tour in Scandinavia) we decided to pop by Top Floor Studios in Gothenburg, which was the main studio used for the recording of the new album. As it happened, a friend of ours, Vishal Khetia, from a band some of you might know called Heart Of A Coward was also along for the ride with us, and we were very pleased to be able to make this video with him.

"Break' is a focus on the struggle and downward spiral of addiction, and asks the question: ‘How do you break away from something that has held you in chains for your entire life?’ The song also looks at other people with the same problems, those who we can see fading away before our very eyes." 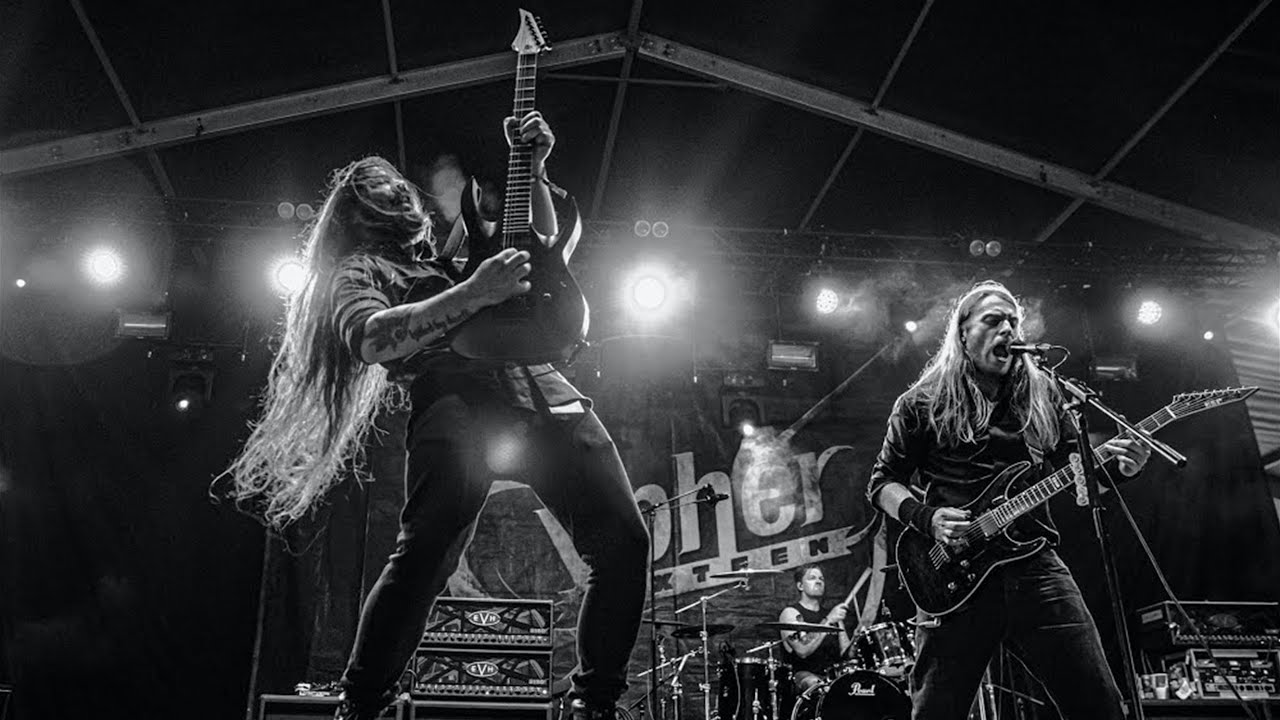 We are back with our new single ’ANOTHER HIGH’, out now, featuring live footage from Rockfest in Finland & from Studios in Sweden, Denmark and England.